China’s Silver Generation Has Money and Time to Spend 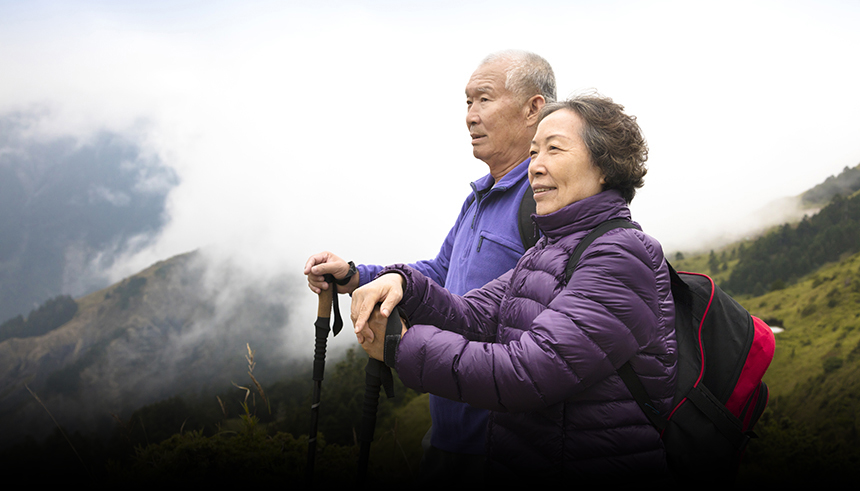 Gone are the days where you had to teach your grandparents or parents how to create and log into their digital accounts. Today’s generation of Chinese consumers who are 60 years and older are more comfortable with modern technology and open to embracing new experiences, products and luxury goods.

“Look here,” says Paul Ying, a retired oil trader who resides in Hong Kong. “These are all my high school friends who I keep in touch with regularly on WeChat and email.” He scrolls through almost 50 contacts of former high school classmates. “We go on regular trips and reunions to different parts of the world. This year alone, I’ve already been on cruises in Scandinavia, a foodie tour in Japan, and am planning a ski trip with them to Switzerland.”

With a retirement age of 60 for men and 55 for women, Ying and his network of friends are just part of a larger tsunami of retiring baby boomers in China who are increasingly tech-savvy and ready to spend. By 2050, this “silver generation” is estimated to reach 500 million, or 35 percent of China’s population, up from the current 220 million.

Analysts at Daxue Consulting estimate that China’s senior-related industries are worth almost $450 billion and will double by 2021. “There’s a huge opportunity for brands and industries like travel and insurance, simply due to the sheer volume of potential customers,” says Charlie Gu, co-founder and chief executive officer of Kollective Influence and former director of China Luxury Advisors. “You need to know two things about this demographic: They are 'you qian' and 'you xian,' which means they have a lot of money and a lot of time to spend.”

A company that is leading the way in tailoring to senior citizens is Alibaba, which launched its “Taobao for Elders” program in 2018. According to their statistics, around 30 million Taobao and Tmall users are older than 50 and spend an average of $794 online in 2017. The new app is aimed to simplify the shopping experience for elders by streamlining payment methods, customizing shopping recommendations, and digitally connecting with children.

The silver generation is more adept in utilizing their phones and apps to regularly make informed purchases and maintain relationships. “If you’re trying to penetrate this Chinese demographic, you better have a mobile strategy or some sort of presence on WeChat, because they’re always on their phones,” says Gu.

In 2015, Wang Jiyong, the vice-chairman of the Chinese Senior Industry Association (CSIA), announced that “the senior market is worth more than 170 billion renminbi, but the products that are addressing this market today are only worth 120 billion.” With the elderly population growing, the potential for domestic and international brands to capitalize on this trend is only getting bigger.

In contrast to current marketing and advertising campaigns that typically feature younger models, China’s median age is set to rise to 37 within the next decade. Higher aspirations for education and quality of life are prompting more people to either delay or dismiss the idea of marriage and starting a family. According to McKinsey’s data, only 10 percent of households had three generations living together in 2010, 40 percent had two generations, and half of all households consisted of just one generation. All this data indicates that China’s family size is shrinking and that the population is aging.

“If you look at what most of these corporate brands are doing, there are very few materials created that are catered toward the silver generation, even when it comes down to consumer-generated content,” says Gu. “We should be more creative and cognizant in the ways we engage with this demographic.”

Fashion magazine Marie Claire China has taken the first step by launching a campaign, shedding light on some of the elegant, luxurious and fashionable lives of silver generation icons. Featuring eight elder socialites with Chinese heritage in their September issue, the magazine’s WeChat post exceeded 600,000 views and was liked more than 5,000 times in less than 72 hours since its release.

With more senior citizens using cell phones and regularly engaging online and in apps, businesses will have better access to their digital data trail and behavior patterns. “WeChat is a great avenue to reach out to the silver generation,” says Gu. “It’s their primary communication platform, so I encourage brands to invest in and engage with the senior audience here. This will help with more streamlined targeting and also help with word-of-mouth marketing and referrals.”

“Start with identifying their network first,” says Gu. “Once you know where and what their interests are, you can strategically create a product that will resonate. Why not run contests with prizes that would really reward this age group? Even if your current campaign features and targets younger consumers, why not pivot slightly to highlight the family aspect and ensure that the senior market is also included?”

China’s silver generation is soon becoming the mainstream consumer, and brands that define communication strategies, growth trajectories, and product categories for them early on will find rewarding returns over time.