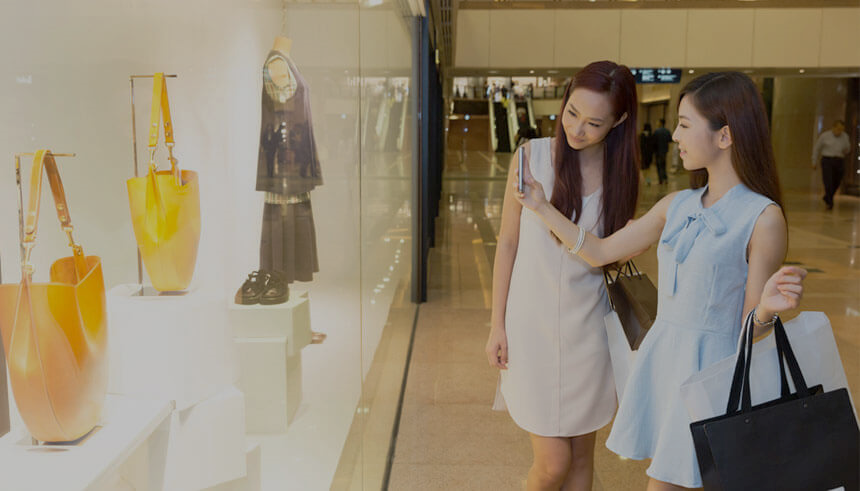 Retail in China today is developing at a quicker pace and in more technologically advanced ways than in the West. Increasingly, stores in China are a blend of offline and online, and have no cashiers, no check-out lanes, and super-speedy deliveries.

This progress is thanks in part to a bold vision by Alibaba leader, Jack Ma, for what he terms the “New Retail,” a broad concept that defines the future of commerce and takes retailers into a modern age where product innovation, consumer acquisition, customer service, merchandising, payments, and logistics are all digitized.

The New Retail is coming alive in China. It’s a leap forward for Alibaba, as the e-commerce giant seeks to tap into China’s entire $4.9 trillion retail sector and transform it digitally.

Alibaba’s experimental Hema grocery stores are an example of how this new retail works. Incubated for two years and rolled out successfully to 25 stores, Hema is planning to expand to nearly 60 locations this year in China’s urban cities. At these grocery stores, which serve a three-kilometer radius, the entire shopping experience is digital. There are no cashiers—payment is handled by mobile phone. Purchases are rung up by QR code and a conveyor belt whisks the groceries into a bagging area. Food can be ordered for take-out and delivered within 30 minutes, or chefs in the store will cook up meals while shoppers make the rounds in the aisles.

The closest similarity to Hema in the U.S. is Amazon Go, a high-tech convenience store that has recently opened at Amazon headquarters in Seattle, equipped with the most advanced technologies such as machine learning algorithms and computer vision. Shoppers can walk in, scan their Amazon account on their phone, pick out the items they want, and walk out without a cashier or check-out line.

The game changer with Hema is the fresh foods, such as lobster, that can be prepared on site and eaten in the store’s dining area. “There’s really nothing like the Hema stores in the U.S.,” observes Michael Zakkour, a vice president at supply chain consulting firm Tompkins International, where he heads the China/Asia practice.

The new retail in China is fueled by the country’s large and fast-growing e-commerce market that has seen yearly increases of 32 percent for the past five years. Currently, e-commerce accounts for more than 16 percent of total retail in China, the highest percentage in the world and far more than the U.S., which is at 10 percent. In China, shopping is a form of entertainment, and consumers spend an average of 30 minutes daily on Taobao (China’s eBay, owned by Alibaba), three times longer than a U.S. consumer spends on Amazon.

China leapfrogged into the new retail largely because of an outdated, highly fragmented retailer network that needed to better serve consumers and merchandisers. The Chinese market skipped the PC era altogether and giant department stores, and went straight to mobile payments and e-commerce. The Boston Consulting Group estimates that 74 percent of e-commerce in China will be made on mobile by 2020, versus 46 percent in the United States.

Millennials and Gen Z (those born from the mid-1990s to the early 2000s) are driving online consumption trends in China. They are highly connected and digitally savvy, observes Hans Tung, a managing partner at venture firm GGV Capital, an early backer of Alibaba. He points out that China’s 390 million millennials and Gen Z youngsters make up 54 percent of the country’s total population, compared to 37 percent in the U.S. The younger generation is quick to try new apps, and 43 percent of apps in China are used only once.

Alibaba and others are innovating quickly in this fast-moving segment. Alibaba recently introduced a smart ladies’ room in a Hangzhou shopping mall. While waiting their turn, women can sample cosmetics and pay for them with their mobile wallet Alipay.

Similar to its Hema grocery stores, Alibaba has opened Home Times, a furniture store in Hangzhou with more than 20,000 items available for purchase that combines analytics and technology to make for streamlined shopping. Shoppers scan QR codes with their smartphones to see product names, prices and descriptions, and can then purchase using Alipay. For merchants, there’s no need to manually print and replace labels because each product has an electronic price tag that can automatically sync prices with the latest seen online. Merchants get better product selection and inventory management through analysis of what products are most popular. This system cuts the time required to source products worldwide for traditional retailers down to a single day, while store selections change every 10 to 15 days, notes William Chen, who heads the Home Times project at Alibaba’s Cloud Retail division.

The furniture stores also include large wall screen displays so customers can see the décor in a virtual home setting. Home Times cuts down on in-store display space this way. Alibaba plans to open 15-20 Home Times stores in 2018.

Alibaba is also working with China’s traditional mom-and-pop shops to bring them into the digital age and toward higher revenues with greater local product selection, a point-of-sales system with integrated inventory tracking, in-store digital advertising and LED signage for the store.

Such strides point to the future of retailing in both the East and West, where technology is never too far.