Rebuilding the US Innovation Economy Requires Openness, Not Isolation 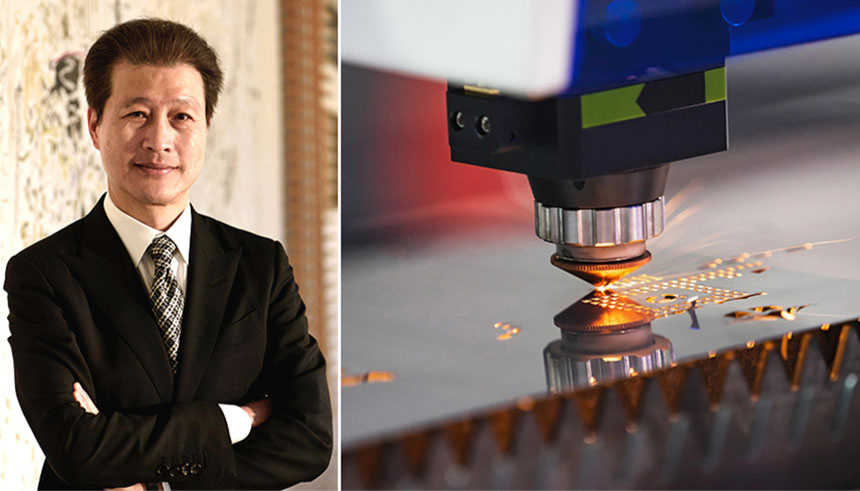 The U.S. must address the risks that come from foreign investment while maintaining openness to restore its reputation as a home for international talent, says Dominic Ng, CEO of East West Bank.

On the night of July 6, students around the world sat huddled around their phones, frantically messaging friends and rethinking plans. Earlier that day, the U.S. had announced a ban on foreign students entering the United States to study if their schools decided to hold classes remotely. Only two weeks prior, the White House had decided to block foreigners from seeking work in the U.S. for the remainder of the year, even those just returning home to renew their visas. As these students and workers scrambled to resolve immediate questions of canceled flights and abandoned apartments, many began to grapple with a deeper question: Do I have a future in the United States?

While much of the Trump administration’s ire has been directed toward Chinese students and researchers, these measures have reduced U.S. access to global talent at large, ostensibly to protect American jobs in the wake of the pandemic. But this view has the thinking backwards. As we look ahead to a post-pandemic recovery, the United States needs more openness to the world, not less.

Openness to foreign talent and investment has been a crucial ingredient for the American innovation economy. Half of all unicorn startups in the U.S. have at least one immigrant founder. These firms employ tens of thousands of Americans, and offer products and services that make the economy stronger. Think of the small-business financial services company Stripe, whose co-founder is Irish. Or the video-conferencing company Zoom (Chinese), or the data analytics company Sisense (Israeli). Without the presence of entrepreneurial minds from around the world, Silicon Valley loses its magic.

The U.S. response to and recovery from the COVID-19 shock depends on openness to immigrants. More than 2.5 million immigrants are employed as health care workers, with 1.5 million of them working as doctors, registered nurses and pharmacists. A quarter of doctoral students in biological sciences and biomedicine are here on temporary visas.

Foreign capital matters to the recovery, too. Many firms in the U.S. working on a coronavirus vaccine are partially or wholly foreign owned, such as AstraZenica and GSK, and since 2000, more than one-third of venture fundraising rounds in the U.S. biotech industry have involved at least one foreign investor.

The key to a U.S. manufacturing revival

Both Donald Trump and Joe Biden share a vision of bringing high-tech manufacturing back to the United States in the wake of the pandemic—but it can’t be done if we close our doors to the world.

Foreign companies provide more than 20 percent of U.S. manufacturing jobs, and they will be key to building the manufacturing industries of the future. Take electric vehicles, for example. The Gigafactory is the United States’ largest electric vehicle battery factory, built through a partnership between Tesla (a U.S. company founded by Elon Musk, himself an immigrant) and Panasonic, a Japanese company. The factory cost nearly $5 billion and employs over 7,500 people.

To stay on the technological leading edge, companies like Tesla need access to the world’s best scientists and engineers. Consider that half of master’s students and two-thirds of postdoctoral researchers in engineering in the United States are foreign-born. These students have the crucial, high-demand skills needed to support high-tech manufacturing—not only in electric vehicles, but robotics, semiconductors, biotechnology and countless other growth industries. And if we tell foreign-born students in high-demand fields that they are not welcome here, they will go elsewhere: Canada, Germany and other countries that recognize the importance of pursuing and retaining global talent.

Returning to the American virtue of openness

The pandemic recovery is not a reason to close the door to foreigners but an opportunity to double down on the American virtue of openness. The Trump administration rightly took steps to relax the ban on H1-B visas in recent weeks, but it should go further and rescind the order in its entirety. Many foreign workers at U.S. firms are still stuck abroad, disrupting the recovery. Getting businesses back up and running should be a top priority.

Second, the U.S. needs to set clearly delineated rules dictating what activities are permissible for foreign students and researchers. These rules should follow a “small yard, high fence” principle, applying tough restrictions only to the most sensitive areas of research. This approach preserves openness and focuses effort on what matters.

Once these rules are established, they should be administered fairly. According to one study, 21 percent of economic espionage cases involving defendants with Chinese names are never proven guilty, compared to 11 percent of defendants with Western names. In short, anti-Chinese sentiment and racial profiling have led to Chinese and Chinese Americans being more likely to be unfairly accused of trade secret theft than others.

Third, we need to reassure foreign workers and students that they are welcome in this country. Years of hostile rhetoric and nativist policies have damaged the United States’ reputation as a home for the world’s best and brightest. This will not be easy to fix, but we can do it if we make openness and inclusiveness a cornerstone of our recovery plan.

The U.S. has long benefited from foreign talent and capital. As we move to recover from the pandemic, we need their ingenuity and industriousness more than ever. By reaffirming our commitment to openness today, we can show the world’s next generation of scientists, inventors and entrepreneurs that that they have a future here.