Menya Hanabi: Millennials Bring New Ramen Concept to the US

The ramen served at Menya Hanabi is steaming hot and loaded up with ingredients such as spicy minced pork, green onions, chives, seaweed, fresh garlic and is topped with an egg yolk. The one thing the dish doesn’t have is broth, but when everything is mixed together, it creates a creamy consistency. “It’s like Japanese carbonara,” says Vincent Chen, one of the managing partners for Menya Hanabi.

This type of ramen, called mazesoba, is a Taiwanese-influenced ramen that originated from Nagoya, Japan. “’Menya’ means noodle house, and ‘hanabi’ means fireworks in Japanese,” continues Chen. “The presentation of the dish looks like a giant firework with the egg yolk in the middle, and the umami flavor of the ramen explodes in your mouth.”

While Menya Hanabi started in 2008 and quickly gained popularity in Japan, the restaurant chain’s first U.S. franchise only recently opened in California, brought stateside by two friends and food enthusiasts. Jeff Prasatarporn and Vincent Chen grew up together in Arcadia, California, and often talked about being their own boss. “Jeff and I have known each other since elementary school, and ever since we won first place in seventh-grade robotics class, we knew we’d be great business partners,” laughs Chen.

“Before opening this franchise, I worked a nine-to-five job for about three years as a financial analyst,” says Prasatarporn. “It just wasn’t a good fit for me, so I started talking to my old buddy Vincent again about the idea of opening up a restaurant together.”

Prasatarporn took a leap of faith and booked a one-way flight to Singapore to learn about the food service industry and gain experience in running a restaurant. “During my two and a half years there, I was exposed to many different types of food, and when I came across this soupless ramen called mazesoba, I was so intrigued,” says Prasatarporn. “I wanted to know more about it.” 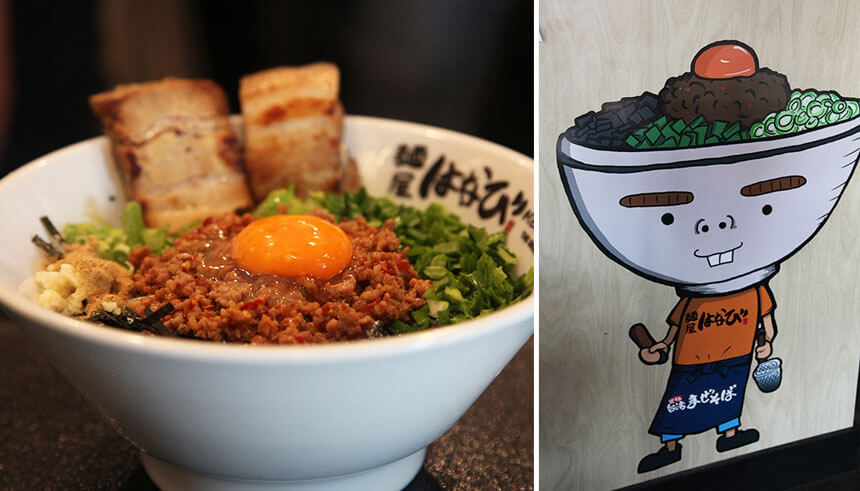 Pitching the idea of opening a Japanese restaurant chain in the U.S.

“Mazesoba literally means ‘to mix the noodles’ in Japanese,” says Chen. “So the name itself kind of tells you how to eat this type of ramen.” Prasatarporn took action immediately after eating the soupless ramen and spoke with the directors of the restaurant holdings company where he worked to get more information.

“They told me that they had a direct connection with the founder and brand owner of Menya Hanabi in Japan, who was apparently the original creator of mazesoba,” says Prasatarporn.

Prasatarporn knew that the ramen would become a hit in the U.S. “I saw the business opportunity right away because I’d never seen anything like mazesoba in the U.S. and thought it would be a great concept for Menya Hanabi to test out in L.A.,” he says. Prasatarporn flew out to Japan to meet with the original founder of Menya Hanabi, Naoto Niiyama, and spent several weeks there learning the craft of mazesoba.

It didn’t take long for Prasatarporn to pitch the idea of expanding Menya Hanabi’s restaurant chain to California. By leveraging the existing relationship between the directors and Niiyama, Prasatarporn was able to convince Niiyama that he was the man for the job. The timing also worked in their favor, as Niiyama had been looking for ways to expand into international markets. “They had been wanting to expand to the U.S.,” says Prasatarporn. “They don’t have too many locations outside of Japan.” 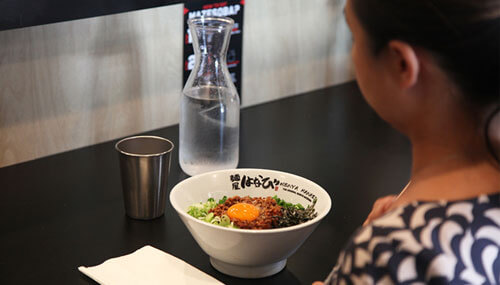 “I saw the business opportunity right away because I’d never seen anything like mazesoba in the U.S. and thought it would be a great concept for Menya Hanabi to test out in L.A.”

Preparation leading up to the opening of Menya Hanabi U.S.

Once Prasatarporn received the green light from Niiyama, he and Chen dove deep into market research. “All of it took about a year to take it from the concept stage to the restaurant finally opening,” says Prasatarporn. At first, the two entrepreneurs wanted to open their Menya Hanabi franchise in the trendy Westside neighborhood, near Sawtelle Boulevard, since the area also had a large concentration of Japanese restaurants and shops. But after doing extensive market research and cost analyses, they soon realized that opening the restaurant in their hometown of Arcadia would be the most lucrative decision.

“I went to so many different restaurants within areas that we were thinking of opening,” says Prasatarporn, “and I would just sit there for hours to see what the customer flow was like at each of these locations.” He based the revenue forecast on how many estimated bowls would be sold each day and the average ticket price per person they anticipated based on the market survey.

In terms of financing, Prasatarporn proudly announced that their franchise was entirely funded privately, without the need to take out loans. “Everything is owned by us. Much of the financial support came from family members, who are also now business partners,” he says. “At first, my parents were against me going into the restaurant business, but they saw how passionate I was and all of the effort that I put into analyzing everything from startup, construction and operation costs, to the estimated revenue forecast, and eventually supported my goals.”

Stella Wat, FVP branch manager of East West Bank’s Arcadia branch and relationship manager for Menya Hanabi, is a big fan and eats at the restaurant frequently. “I’m really happy to see the younger generation grow up, take ownership and become a valuable part of society,” she says. “Jeff has come in for advice on a number of things, from how to file his business taxes, to how to set up his retirement plan. We’re not tax advisors, but we’re happy to share whatever knowledge we have, and we want to make sure that he doesn’t have to worry about banking.”

The Menya Hanabi in Arcadia had its soft opening in mid-July as a test launch to see how well the restaurant and staff could handle the flow of customers. “When we opened Menya Hanabi, we were scared beyond belief,” says Chen. “Once customers started coming in, we sat one-on-one with them and asked for honest feedback. We were so relieved that the reaction was so positive!”

The menu at Menya Hanabi is relatively simple, and customers can watch how their food is being prepared directly from their seats. “Most of the customers who came in for the first time didn’t expect this type of soupless ramen,” says Chen, “and that’s exactly the type of response we wanted. We want to catch them off guard in a good way and surprise them with this new ramen concept.” Instead of a soupy broth, the Menya Hanabi ramen offers more of a thick sauce that complements the assortment of toppings that create what Chen calls “a very dense, thick and hearty ramen.”

Prasatarporn admits that, “I’ve always had the thought in the back of my mind of, ‘What if we don’t succeed?’ Or, ‘What if no one comes to eat here because they’ve never heard of Menya Hanabi?’” His fears quickly faded, though, as his restaurant filled up quickly and had two-hour-long wait times for the first two weeks that they opened. Now that the restaurant has been operating for a few months, the wait times have shortened, but the ebb and flow of demand is still unpredictable. “The biggest challenge right now is scheduling our staff according to the demand from our customers,” says Prasatarporn.

Both Prasatarporn and Chen are at the restaurant every day and pitch in wherever help is needed. “Being an entrepreneur is a lot more work than I expected,” admits Prasatarporn. “But I really enjoy this lifestyle, because working on something that is ours has become a great motivational factor. I just want to prove to myself and to my family that we’re all capable of becoming successful.”

Click to read more tips on how to grow your company