Stay-At-Home with Your New Best Friend 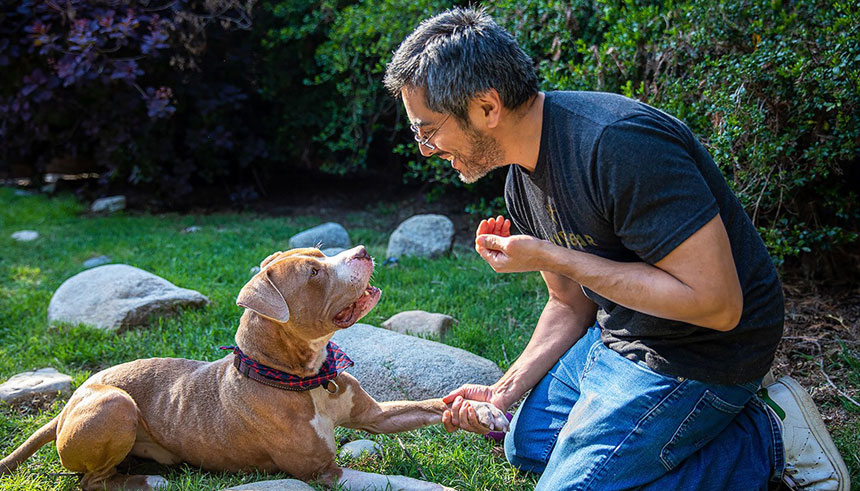 Did you adopt a new best friend in the last few months? If you did, you’re not the only one. Animal shelters across the nation saw a spike in demand for animal fostering and adoptions when stay-at-home orders were mandated. Some, like the Riverside County Animal Service shelter in Jurupa Valley, California, completely ran out of adoptable pets by early April, and many other shelters saw similar results.

“I’ve always considered adopting a cat,” says Cynthia Chinn, a resident anesthesiologist at the University of Rochester Medical Center, “but when the pandemic started, it was near impossible to actually adopt one, because by the time I would call the shelter to see if one was available, there would already be three parties ahead of me who bid for the same kitten.”

With a stroke of luck and determination, though, Chinn was able to adopt her new calico kitten, Olive, from Heart and Home Animal Rescue Foundation. She had adopted her German Shepherd mix, Winston, a year earlier, and the two are getting along. “Having a cat and a dog has been my dream,” shares Chinn. “And in these times of uncertainty, they’ve added so much happiness and laughter to my life.”

Diana Trinh, a long-time pet foster parent and vice president and investor relations officer at East West Bank, agrees. “When an animal knows that they are loved (by being fed, played with, cared for), it makes a world of difference,” she says. “They become confident, affectionate and (generally) well-behaved.”

Stepping up to help a furry friend in need

When the Pasadena Humane Society first got word that COVID-19 was spreading in the U.S., management acted immediately. “I believe we were one of the first shelters to shut down in Southern California. In fact, we shut down before it was state-mandated because we wanted to take an overabundance of caution to protect our workers, visitors and slow the spread of the virus,” says Jack Hagerman, vice president of communications at the Pasadena Humane Society.

That was top priority in preparing for the shut down, and the Pasadena Humane Society wanted all the animals to have a warm home to ride out the stay-at-home period. “We put out a query—a plea, really—to our supporters at the beginning of our preparation and announced that we would be closing our doors. We needed to find as many foster homes for the animals in our care as possible because we couldn't have as many people on campus caring for the animals,” says Hagerman. 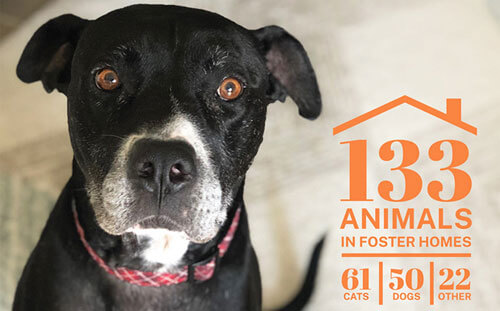 The response was overwhelmingly positive and heartwarming. “We had 1,400 people come forward to adopt and foster within the first two weeks of putting out the query, and we were able to clear out the shelter within the first week and a half,” he said.

In our previous article on the benefits of fostering, we featured dogs Marky Mark (Pet ID: A479839) and Hammy (Pet ID: A471288), both of whom had spent a considerable amount of time at the Pasadena Humane Society. They have since been adopted and have found their forever homes.

Fostering, a great way to spend time at home

“One of the interesting things that we’ve seen during this pandemic is that so many people stepped up wanting to foster and adopt, and many have been willing to take in animals with more behavioral issues,” says Hagerman. “We’ve never seen this many people come forward before, and I think it’s because everyone has more time and bandwidth to be able to take care of animals, especially the ones that are more difficult.”

While there has always been a general interest in fostering rescue animals, the pandemic has caused this trend to explode. Sarah Brasky, founder and executive director of Foster Dogs Inc., a nonprofit that helps dogs find foster homes from shelters in New York, reported that on average, her organization received 140 applications per month. That number during COVID-19 jumped to 3,000. Trinh, who began fostering in October 2018, fosters an average of 20 kittens a year from her local shelter. 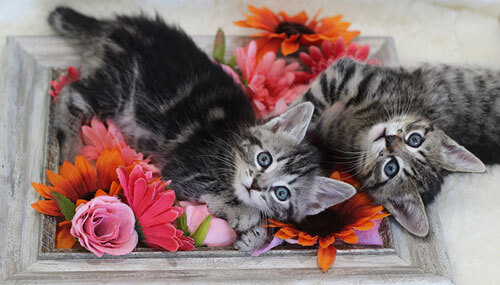 “Fostering frees up space at the shelters so more animals can be saved. Also, a kitten’s personality blossoms in a home with one-on-one attention and love, versus being confined to a cage or being outside where they don’t have a chance to socialize.”

“Fostering saves lives and gets an animal ready for adoption,” says Trinh. “During kitten season, every shelter is overwhelmed with kittens, so many are stuck at overcrowded shelters and/or put to sleep. Fostering frees up space at the shelters so more animals can be saved. Also, a kitten’s personality blossoms in a home with one-on-one attention and love, versus being confined to a cage or being outside where they don’t have a chance to socialize.” She has found that being home more often during the pandemic has allowed her to provide more attention to the kittens, and in return, the kittens have grown to be extremely sociable and affectionate.

Animals in shelters are often incredibly stressed and unable to put their best paw forward when potential owners come to visit their kennels. “Fostering allows these animals to exhibit normal behavior for their breed and type. It’s also a lot easier to connect foster families with potential new adopters, and we’re able to match people to pets more effectively,” Hagerman says.

With the recent foster boom, Hagerman and his team hope that more animals will be able to find good homes and that fostering will become part of many people’s lifestyles.

Adjustments to prepare for the new normal

Just because the shelter has been closed for walk-ins doesn’t mean important work isn’t being done. “We actually started working overtime because we had to reimagine how to work with fewer people on site,” says Hagerman.

For starters, the team had to reschedule all staff work hours to lower the risk of exposure across teams. “There were a number of things that we had to do on campus to make the environment safe,” says Hagerman. From installing plexiglass barriers in all common areas and renovating the kennels, to shifting offices and temporarily closing the spay, neuter and vaccine program to fix water damage, the shelter took the time to upgrade its facility and operations while there were less animals onsite.

“We don’t know what the new world order is going to look like and how animal welfare is going to fit into all that. So, we’re trying to be as prepared as possible,” says Hagerman.

The Pasadena Humane Society is still receiving animals and open to the public by appointment. “Since we’re managing the volume of people through appointments, we’ve been able to provide a much better experience, whether it’s a visit to our vaccine clinic, or an adoption or fostering experience,” says Hagerman. He believes that this appointment system will continue even after things open. “We’ll probably get to a point where we do open up the kennels again to the public, but I think we’ll still have the appointment system available, as well, since it’s just an overall better experience,” he adds. 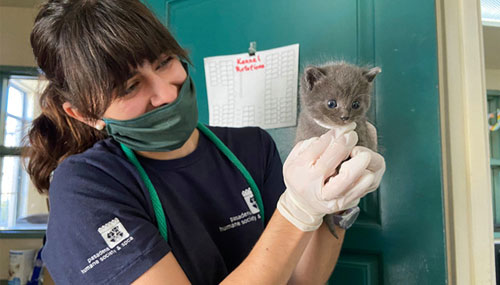 “Since we’re managing the volume of people through appointments, we’ve been able to provide a much better experience, whether it’s a visit to our vaccine clinic, or an adoption or fostering experience.”

One of the biggest challenges that the shelter faced was keeping up with the frequently changing safety guidelines and protocols. “I think the biggest challenge for us is that, you know, we have to rely on the guidance of local health officials and government, and a lot of these guidelines change by the day. What’s acceptable today may not be acceptable tomorrow, so we’ve had to revamp on a constant basis depending on what was determined safe,” says Hagerman.

They also made updates to the website, which will officially launch in late July. “The updates will make our website more user-friendly, and it’s going to provide a better pet-finder portal,” says Hagerman. The rehome feature specifically will help pair people who are looking to rehome their pets with those who are looking to welcome pets. “Instead of relinquishing their pets to a shelter, we can put an ad up on our website and help them get placed in another home,” says Hagerman. The website will also have a chat feature that will provide answers to questions in real time.

To help alleviate financial stress caused by the pandemic, the Pasadena Humane Society decided to take out a PPP loan. “We were very fortunate to have gotten our application in ahead of everyone else at our bank,” says Hagerman. “Doing so helped us retain 100 percent of our staff, and we were able to pay people regardless of whether or not they could actually come into work. That really did help us get through a very uncertain time.”

Unfortunately, the Pasadena Humane Society has begun to see a bump in the numbers of animals coming back into their shelters. “We’re now entering into what has always traditionally been our busy season, so we’re starting to see the numbers creep up again,” says Hagerman.

Owner relinquishments are still rare, but with kitten season ramping up and stray animals being captured, Hagerman and his team are preparing for the volume of animals to rise to normal numbers again. “We are cautious about what the world is going to look like when people start to go back to work, but we’re hopeful that people will make a responsible transition,” says Hagerman. 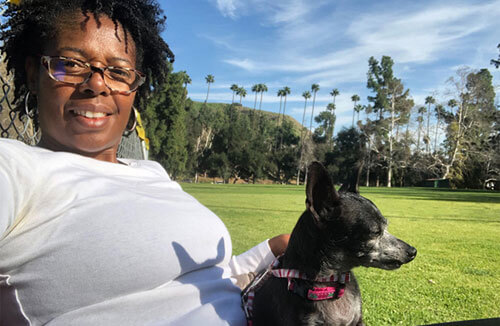 “We are cautious about what the world is going to look like when people start to go back to work, but we’re hopeful that people will make a responsible transition.”

If you’re returning to work, it’s helpful to prepare your pets for the new normal and routines. “If, for example, you know you have to go back to work at the end of the month, between now and then you can introduce specific feeding times to your pets,” says Hagerman. “I’m a big advocate for feeding your pet at the same times every day because that routine eases anxiety and also gives the owner certainty with when their pets will also need to use the restroom.”

By starting with managing their feeding times, owners can also create a more consistent routine around other things such as walks and sleep times. “Make their routines work within your schedule,” says Hagerman. “Be very specific about these routines because those are going to be the things that reduce anxiety when they stop seeing you as often when you return to work.” 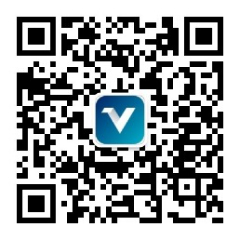